Our Works and Green Solutions

Brand owned by GreenWeb, JeClic’Local, is a social market place application that allows customers to connect to the local offers and businesses. The app is acting for more local and sustainable consumption, helping citizens and local businesses to connect to each other, for stronger community links. The positive societal impact is at the heart of the focus. in one click, users can discover all the local offers, from products to services, as regards their needs. They can subscribe to their favorite local businesses to follow their news, enjoy their good deals, to communicate with them. For the local businesses, the app helps him to develop its professional activity on the internet in a simple way, to optimize his visibility, to highlight his offers, to touch directly hos next clients. The app is eco-friendly and committed, proposing users to contribute to the reforestation by planting trees

Through the Business Electronique Card project, we have responded to a crucial issue: How to maximize commercial and professional contact while limiting the environmental impact of the traditional exchange of paper business cards?

BeCard wants to modernize our traditional approach to the exchange of business cards. An ambitious societal promise.

On the one hand, BeCard, thanks to its simplified UX (user experience), makes contact smoother by allowing the instant exchange of electronic business cards in a swipe … your contacts thus directly integrating your BeCard network. But it also makes it possible to concretely initiate the relationship thanks to automatic contact by message. Concentrate on the essentials, on the verbal, human exchange: BeCard takes care of the rest …

On the other hand, BeCard, thanks to the integration of GreenCoding techniques which drastically limit its energy consumption and the use of GreenWeb servers, supplied with renewable energy, it is part of a strong ecological approach for an impact. bordering on carbon neutrality.

Link to the landing page: https://becard.app

Containment has structurally changed the way we work, communicate, share … Video has emerged as a remedy for the distance imposed between employees, between companies and customers. But the use of Visio, like a Zoom is not without consequence: The data is mainly hosted in the USA, with a right of inspection by the American administration.

Sensitive personal data is communicated and used by third parties (recording video, shared content, etc.). But above all, the environmental impact is appalling because of the American data centers supplied via coal plants. Every day, Tons of C02 are released into the atmosphere to run the video systems.
Because there are always alternatives, we have designed GREENVISIO, an ETHICAL videoconferencing system, without data exploitation, with encryption and no right of scrutiny by anyone, LOCAL, because offered by GreenWeb, French startUp based in Annecy, and ECOLOGICAL , using servers powered by 100% renewable energy (hydroelectric) based in Geneva.

GreenVisio will be officially launched at the end of August with a Desktop and mobile application. It is available in Web Beta version here: https://visio.green-web.fr/

GreenWeb has developed a unique tool that analyzes the environmental impact of your website based on its traffic and the hosting of its data. You can thus briefly audit your site in one click, and take the measure of its environmental impact. This index, applied to the actual use of your ecosystem according to the pages viewed, the connection time, and the audience of your site, (the impact of your site over 1 year) defines the starting point of the digital ecoptimization * approach of the GreenWeb methodology allowing obtaining the Official GreenWeb Label. Do you want to test your site? or go further in your approach? Know the real impact of your digital ecosystem (web, material, use)? “Contact us” 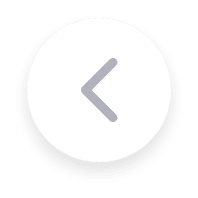 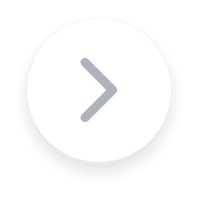 We use cookies to give you the best experience on our site.

This website uses cookies so that we can provide you with the best user experience possible. Cookie information is stored in your browser and performs functions such as recognising you when you return to our website and helping our team to understand which sections of the website you find most interesting and useful.

Strictly Necessary Cookie should be enabled at all times so that we can save your preferences for cookie settings.

If you disable this cookie, we will not be able to save your preferences. This means that every time you visit this website you will need to enable or disable cookies again.